Will you end up with an empty lotería grid?

After a hiatus I’m taking up this week’s FiveThirtyEight Riddler Express which harkens back to a game I played as a child. Each player receives a four-by-four grid of images and a caller randomly draws a card from a deck containing 54 possible images. If a player has that image on their grid, they mark it off and the game ends when one of the players fills their entire card and screams “¡Lotería!”. Each of the 54 possible images can only show up once on each grid. The Riddler asks, what is the probability that a player wipes out and loses without marking off a single image on his or her grid. And how does that probability change based on the size of the grid and the number of images?

Which is quite unlikely as we can see from this line of R code:

Below we explore how grids of ranging from 2x2 to 7x7, as well as 20-70 images change the probability of wiping out. As shown, the larger the grid and the more images there are, the less likely that a player doesn’t mark off a single image becomes. The cases on the lower right are not valid since there are fewer images than squares on the grid. 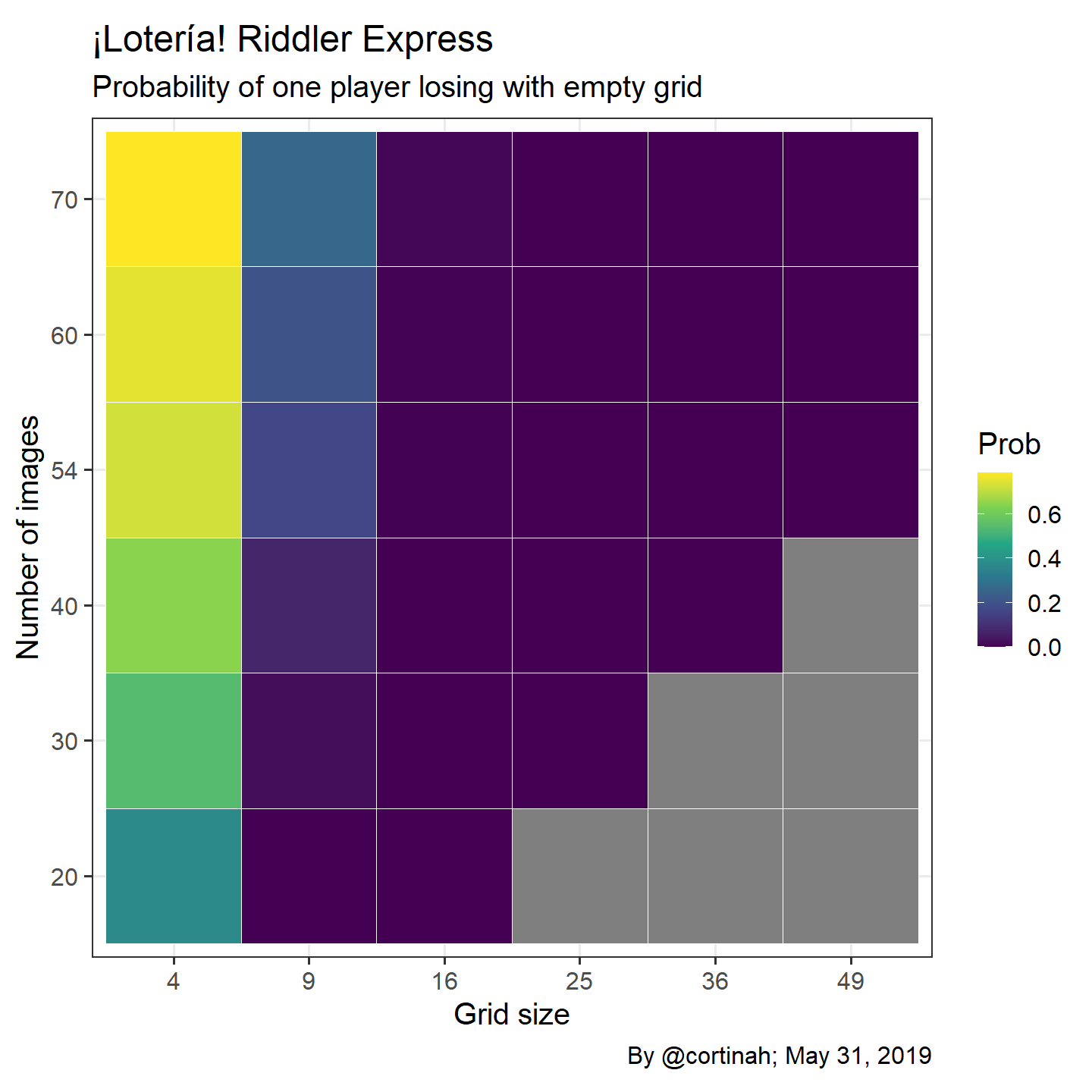